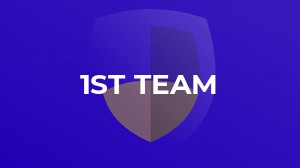 Dorchester cannot force a victory away at Stevenson

Dan Alderson led the way early on with 39, before Ady Redhead stroked his way to 79 and then James Neal punished the Steventon attack with 81 off just 72 balls.
On 237-3 off 41 overs, Redhead declared to set up what would be a nail-biting finish.
With 49 overs to bowl out their hosts, Dorchester will rue some missed chances in the field, but with an over to go the game was finely poised.
Steventon, seven wickets down, needed seven to win from James Daniel's six balls.
In an action-packed final over Redhead ran out two Steventon batsman leaving one batsman left, two balls to go and six runs needed for a home win.
The Steventon no11 swung at the fifth delivery but failed to find the boundary and decided to block out the final delivery. Match drawn, with Dorchester taking 21 points and Steventon 10.
Share via
FacebookTwitter
https://www.dorchesteronthames
Recent news